Home / Where to get married in Sardinia

Alghero – Barceloneta
Everything speaks of Catalonia, “the faces, the houses, the sound of voices, the language itself” (so wrote Gaston Vuillier).
The charm of Alghero is not only in its jagged stretches of coastline, crystal-clear sea, bold and strong colours, and enveloping nature, but also in its historical background and its romantic and playful atmosphere.

Archipelago of Maddalena – The Caribbean of the Mediterranean
Crystal-clear water, spectacular seabed, and beaches hidden in small bays make this stretch of land among the most fascinating in the world.The Archipelago is made up of seven magnificent islands and more than 60 granite islets jutting out of crystalline water that ranges from turquoise and emerald to deep blue.
Established as a National Park, it keeps its wild nature untouched.

Castelsardo – Falling sheer into the sea…
A gem of rare beauty, Castelsardo rises on a steep rocky promontory that drops sheerly into the Gulf of Asinara.
Its charm is a combination of nature and history, where the environment preserves the traditions of ancient Sardinia.

San Pantaleo – An entirely different Sardinia.
Geographically close to the beaches of Costa Smeralda, its authentically glamorous atmosphere is quite far removed from the fashionable and more famous Porto Rotondo and Porto Cervo.
Quality of life, strategic location and strong traditions are behind the success of San Pantaleo, which unexpectedly appears surrounded by granite peaks.

Gulf of Orosei – Unspoiled beaches
The sea generously gifts us colours, scents and emotions.
Far from the sumptuous high life of extremely popular resorts; close to intimate and astonishingly captivating beaches.
Cala Luna is a striking example, with its transparent water shimmering with thousands of colours.

Villasimius – The centre of the Mediterranean
With its fascinating landscape and natural surroundings, Villasimius is one of the most visited resorts in Sardinia and the Mediterranean.
Stunning panoramas, with piercing colours that never fail to charm visitors. Heavenly beaches and coves, sublime seabeds ready to be explored, and rich Mediterranean vegetation.
This astounding landscape and underwater scenery is the Marine Protected Area of Capo Carbonara.

Cagliari- A city by the sea
To one side, ponds and salt marshes with pink flamingos; behind, the mountains outlining the semi-circular coastline; in the middle, the city rising with its castle; all around the marvellous sea, beaten by the wind and captured by the sunlight between the earth and sky.
Cagliari, a city by the sea but also a city to love.

Nora – Chia – Travelling through history and nature
Suspended between the sky and the sea and nestled among Nuragic remains and rocky capes, white sandy beaches and ponds inhabited by pink flamingos, uninhabited and barren islets and cliffs overlooking the cobalt blue sea and there, right at the top, a lighthouse that makes you feel “on top of the world”.

Island of Carloforte – Colours and scents
An island of Ligurian origin, Carloforte is a 30-40 minutes crossing from Calasetta or Portoscuso.
Its coast is tall and rocky, bathed by a crystal-clear sea, and thickly covered with Mediterranean vegetation: myrtle, rockrose, strawberry-tree, heather…
The most beautiful and unspoilt beaches in Sardinia may be admired here.

Porto Paglia – Ancient tonnara
Unforgettable landscapes and a plunge into past traditions linked to the sea and its rituals.
Coves, rocks and dunes dominated by the architecture of the old tonnara (tuna fishery) and a green, crystal-clear deep sea surrounded by spectacular scenery.

Stintino – The last strip of Sardinian land
One of the region’s most fascinating beaches can be admired at the northernmost tip of Sardinia: “La Pelosa”, a fine white sandy beach, turquoise-blue sea with a very shallow seabed, wild and untamed nature; one of the most stunning seas in the Mediterranean.

by Emanuele Parrotto / Uncategorised / Comments Off on Where to get married in Sardinia
/ Share: 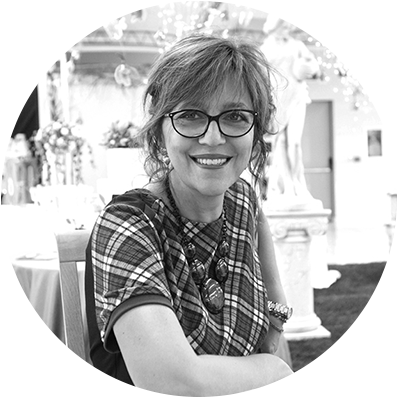 PAOLA REPETTO CONSOLI
The passion for beauty, the attention to detail, the desire to speak to the heart.
My journey in the organisation of events and environment design in the beautiful land of Sardinia starts exactly from here.